By Lavaanya Rekhi in Societal Development on June 9, 2018November 9, 2019
No comments

I want to preface this series, and post, by saying that I am extremely grateful that Diversity and Inclusiveness is increasingly being brought to the forefront of today’s conversations, concerns and people’s agendas. I am proud that I get to be a part of this movement, and in doing so learn things about society and myself I was not even consciously aware of, that were a direct result of the lack of D&I.

However, as part of this, I also have a say in whether or not I feel this representation is being implemented in an accurate and – I don’t want to say correct, but – a meaningful manner.

And truth be told, I don’t. I don’t think that certain brands, companies and other organisations are mindfully representing this extremely sensitive issue, nor are they doing justice to a whole movement and its power.

Take H&M’s Modest collection as an example. Again, amazing that a flagship high street retailer has even considered, yet alone fully implemented, a more modest clothing line as a tribute to women who do not subscribe to more conventional fashion forms of being a bit more towards the revealing side (a post for another day, perhaps). It is hard to deny the keen nod towards the Muslim community, with the convenient timing of the line dropping so close to Eid and the close resemblance of certain garments to traditional South Asian cuts; but regardless, a well-meaning initiative.

What is exacerbating, however, is that H&M has so monumentally missed the point. And in doing so, H&M fails to realise two things; One, that South Asian women or women of other ethnicities who shop at Western retailers do not necessarily want to see simplified culturally-appropriating pieces of fabric hanging in its glossy stores on high streets. And two, by extension, if a modest collection is in demand enough for H&M to see it through, what I argue women want is for tops to be less see through, cuts to cover more, but most importantly for the high street retailer to still maintain the same style and flare that it built its reputation on, rather than cheaply mimic other cultures.

This is all not to even mention the ridiculously high mark-up that H&M has charged for these pieces. I don’t care if they have had to negotiate with new manufacturers, or the quality of the material is of a higher grade (although it clearly doesn’t seem like it), their balance sheet has the means to supply more modest clothing at an affordable price and in a way that would more accurately capture what women wanted, if they would just listen to people. I would be surprised if someone in that meeting room was a modest dresser themselves, or a Brown person who subscribed more closely to the lifestyle and culture, and was completely behind this idea.

What this collection says to the world, and what I have a consistent issue with, is that the wider society is willing to recognise D&I, but only through their own lens; we so readily reward D&I initiatives because ‘they mean well’ or ‘it’s a nice thing to do’ but we don’t stop to think about whether it has adopted a mindful approach, a conscientious effort to correctly represent those otherwise excluded, which is the whole point. We don’t try to unravel our own preconceived notions and start from scratch, but rather fit D&I representation into a stencil that we are more comfortable with, by bringing aspects of diverse cultures into the mainstream and, in doing so, appropriating and simplifying them.

It’s tough to say things like this because, in some ways, it feels ungrateful to complain about D&I initiatives, since it’s fortunate in today’s world to even have them in the first place. But if we are ever to truly achieve D&I then it is worth calling it out when strives towards it haven’t been done in a fulfilling nor meaningful manner. We can continue to encourage the movement and its action-ers, but also be sure to revise and amend as we move forward and learn throughout the whole process. This stumbles into the endless ‘who’s right’ debate but I think if we want to vouch for inclusivity at its core, it’s more important than ever to then listen to those we claim to be representing. Is it really more Diverse and Inclusive if these initiatives simply prescribe an outdated and problematic view on a larger bandwidth of society? 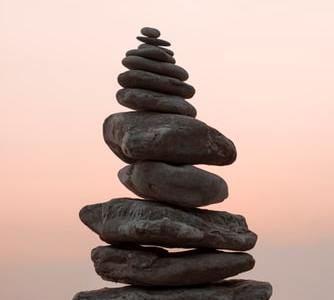